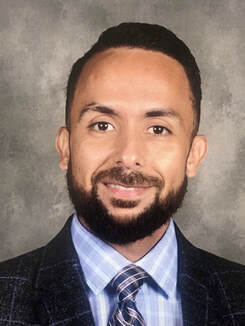 Mr. Erik Nuñez will be teaching 5th-8th grade math. Mr. Nuñez has a Bachelor’s Degree in Mathematics and a Master’s Degree in Mathematics. He also holds a Master’s Degree in Spanish. He has been teaching middle and high school Math, Spanish, and Science since 2006 in Texas and here in Los Angeles. Mr. Nuñez is also an accomplished coach. Over the years he has mentored and coached hundreds of students in basketball, track, cross country, soccer and football.

When Mr. Nunez is not teaching or coaching, he loves spending time with his family of six siblings and many nieces and nephews. He also enjoys traveling, running marathons, and watching Los Angeles Lakers games.